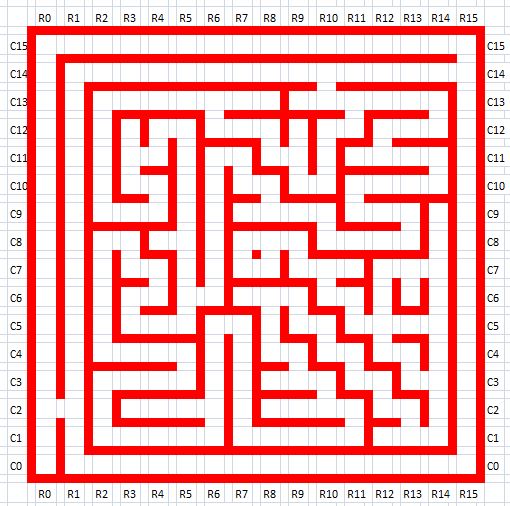 I attended APEC2013 last night, and successfully achieve the center. more detailed report will be posted later this week, now I am here to release the maze we used last night. This is a typical APEC maze has even longer path for speed run.

With the permission of the referee, I was able to use my develop board to simulate this maze with my floodfill after the maze was constructed(all mice were on the table, no touch were allowed until your turn for the run). It turned out the path my mouse would take was 130 cell in total for speed run. To be honest the maze isn’t hard at all except there is a tricky diagonal part near the entrance at center. but it did take everyone pretty long time to search and return. For most of the entries’ searching algorithm, the path for searching were all likely same. However since there are 2 paths for speed, people chose different path based on their own program. You will be able to see this part once I release the video.