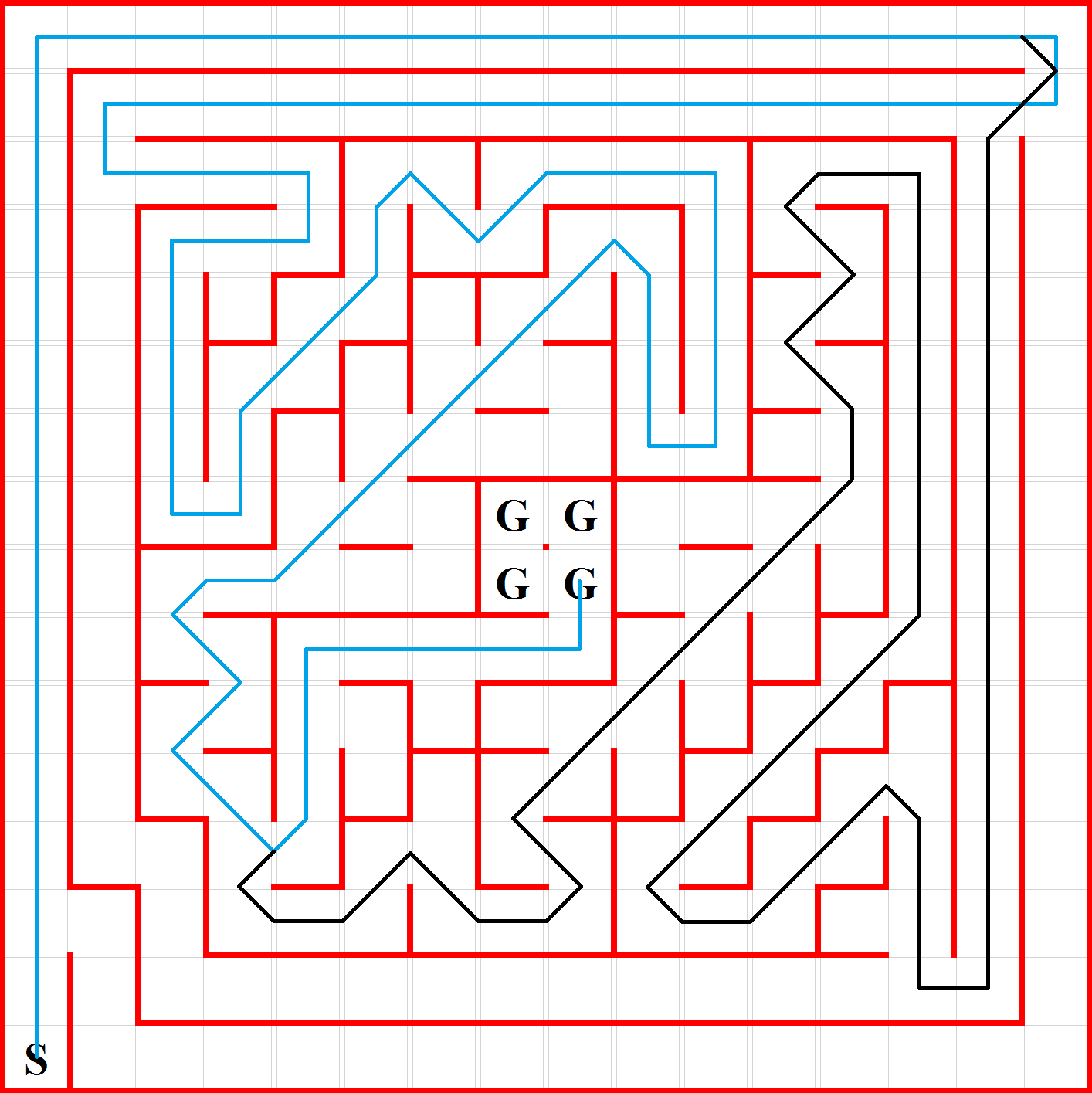 There a typically 2 paths for this maze, marked in blue and black, where the blue one has 108 cells and the black one has 110 cells

Here is the status analysis for these 2 paths:

However, the mice Diu-Gow, Exia Repair II and Decimus 5a chose the black path. Interestingly, Diu-Gow also won the fastest run award, even though the path is not preferred based on my analysis.

As of the optimal search strategy:

If the mouse uses straight orientated priority floodfill, the mouse will have to make a whole circle around the maze in order enter the inner circle of the maze. Therefore diagonal oriented floodfill is the best option to make a more efficient search since it will make a right turn at the first adjacent during the depart run of search. You will have a better sense once you see the video I publish on my later post.

However, the optimal return search strategy should be the straight oriented floodfill since there are some straight path on the way back that are unexplored. This is very important if you are trying to have the mouse accelerate on a unknown straight path during the search in order to reduce the overall search time to benefit your best score.

Only Diu-Gow, Decimus 5a and my mouse Green Giant 5.19V made the right turn at the first adjacent cell during the departing search, but the remaining search pattern aren’t exactly same since we all have our own preferences. As a result, my mouse did the fastest search amount all mice, and the maze time for first speed run was 9 second faster than the one who did the second fastest search(Diu-Gow), which gave me 9s/30=0.3s advantage on the upcoming first speed run. Unfortunately, my mouse crashed on the following speed run.

Here are the detailed scores for all entries:

Click the image above to get a more detailed view.

As illustrated by the rules, the top 3 places are determined by ‘Best Score’ instead of ‘Fastest Run’.

Here are the links for Program , a brief introduction for each mouse at APEC 2017, and the report completed by Mr David Otten after the event.