I have to say the competition this year is quite exciting even though I watched the event through internet.

Here are the results: 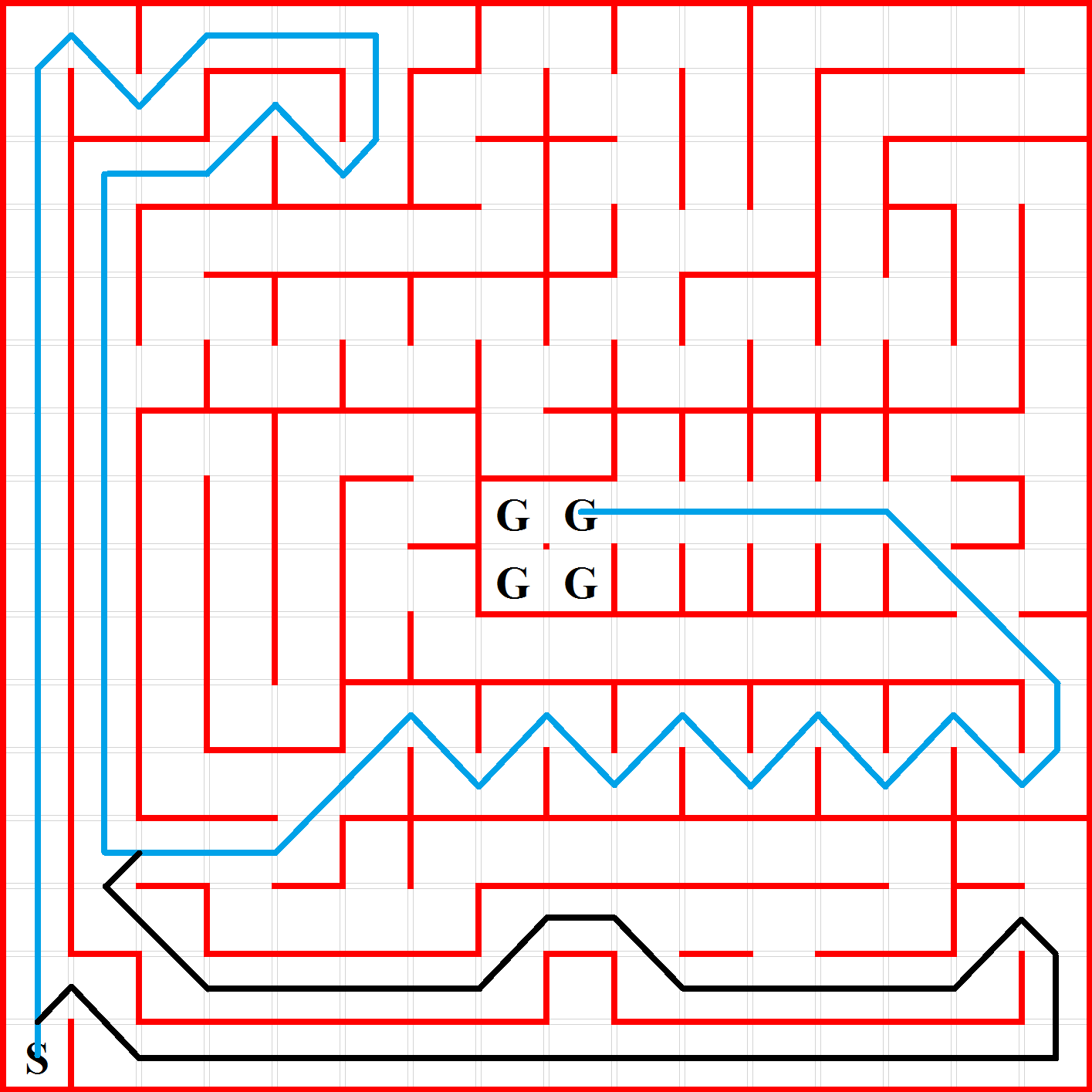 Although there are 2 continuous v-turns on this maze, only the TEAL and the BLACK paths are considered as the fastest. If I recall correctly, the 1st and the 3rd were taking the blue path, and the 2nd place was taking the black one. the blue path is only 2 cell longer than the black one, due to the speed advantage on the straight path, the blue one could be faster than the black one if such a parameters meet the requirement. In other words, since all players are running their mouse at different straight and turning speeds, the timing between 2 paths can be vary, therefore, I can’t conclude with one is faster. Something not too out of my expectation this year, the top 6 were all suction fan design where only the top 4 were fan design for last year as comparison. If the fan design is not banned in future, more people will definitely lean toward this style in order to be more competitive. 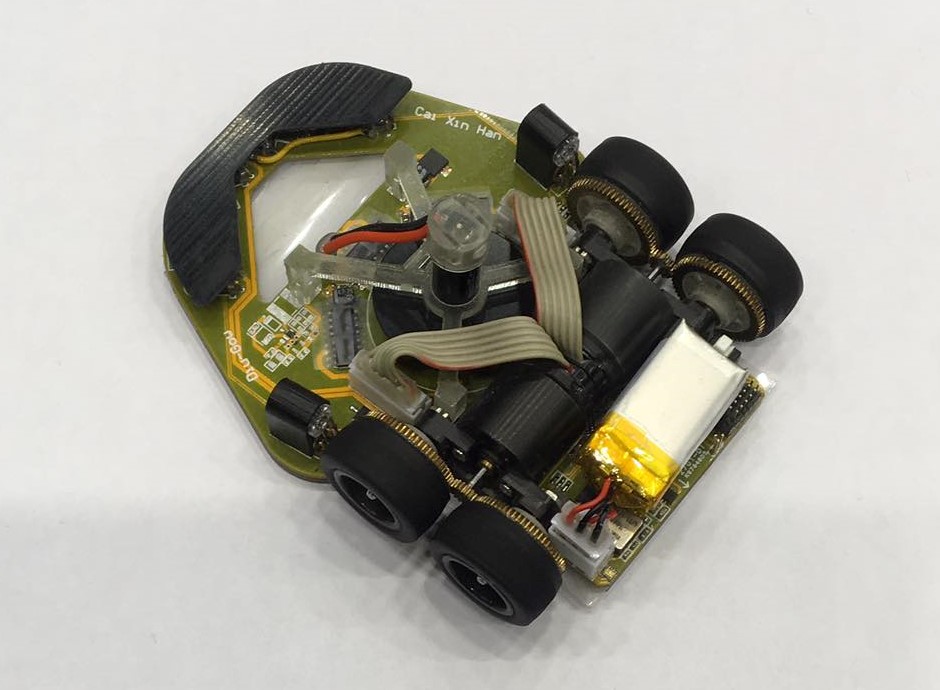 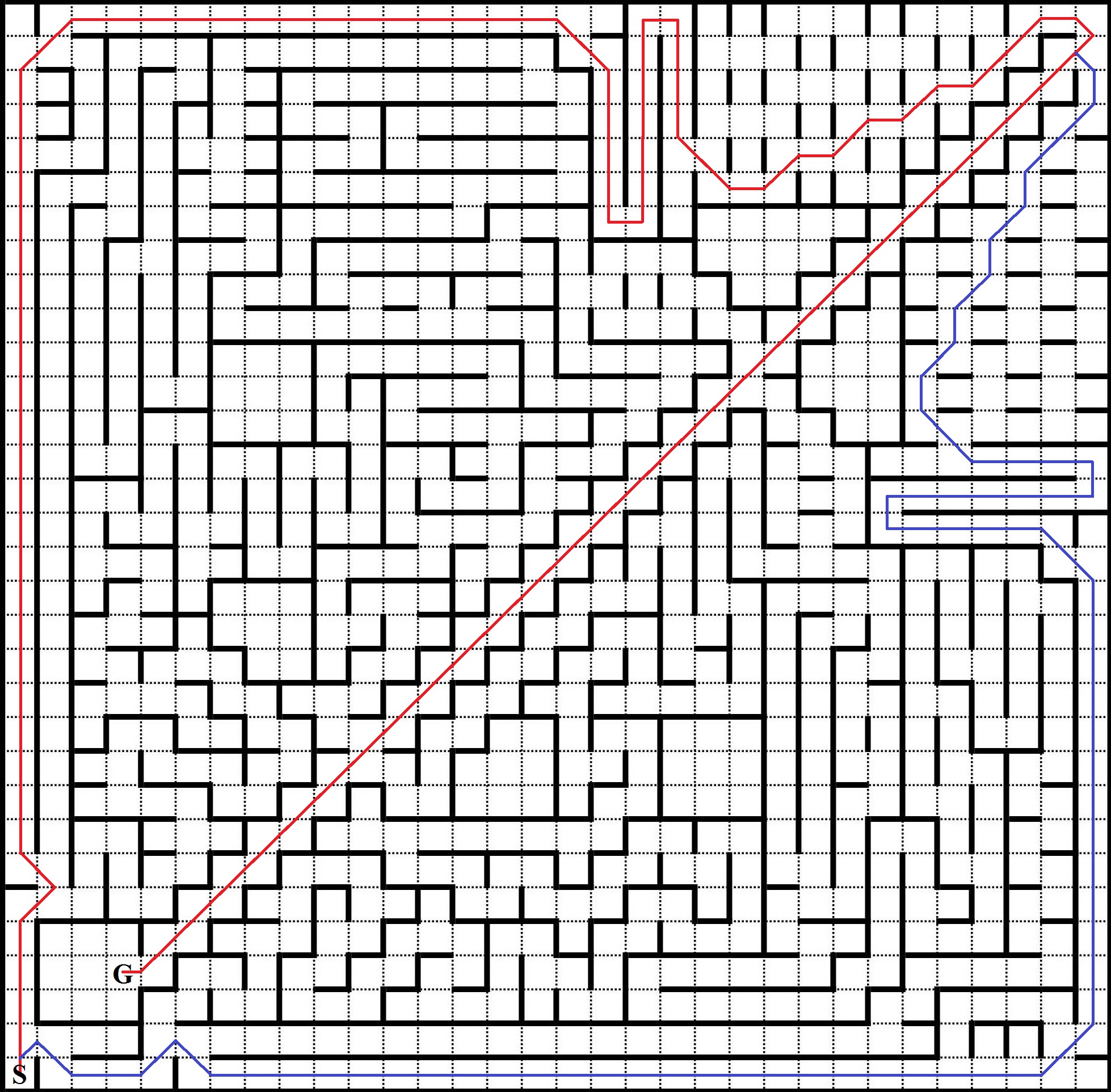 Although the maze this year takes forever to search, there are only 2 nearly identical paths available marked in RED and BLUE. The winner picked the blue paths, and the 2-4th places picked the red path. Although I believe the red path is slightly faster since it has one less 135 degree turn, since the winner’s mouse can run significantly faster than other, the tiny difference was completely neglected.  Since the most of the players spent most of their 10 minutes on searching, they ended up left about 2 minutes for speed run. Both the 2nd and 3rd places were making their last speed run(5 run in totaly) at last second, except the 2nd place, Mr Kojima’s mouse cross the finishing list one second after the available running time, and the 3rd place just made the mouse finish the speed run one second before the time ended. The 5th speed run for Mr Kojima was just under the 6 second although it wasn’t counted if he could’ve made it. However, it wouldn’t affect the ranking even if he made so.

Since the suction fan design for robotracer were banned in 2011 for safety concern, in order to by pass the restriction, something looked even more radical appeared in this competition. The all time winner, Masaaki Mirai, have a thruster design instead of suction fan this year. Instead of create a vacuum chamber for a down force, his design is making the fan blowing upwards instead.

Although I believe that having the fans blowing up is not as efficient as suction design, since his major competitors were not using any aerodynamic components to increase the traction force, his strategy and the attitude from the all japan micromouse committee becomes contentious. Seems like the committee didn’t mention anything related to the safety for such a design since the exposing fan blades are more dangerous for audiences compare to suction fan design if the robot run out of the track. I wish they can explain this since the suction fan design is still allowed for micromouse. Otherwise, this might cause a mass confusion for the micromouse/robotracer community, or even a ethical catastrophe in the future. After all, this is only my own opinion.

Videos are taken by Dr. Juing-Huei Su from Lung Hwua University of Science and Technology