Blu Tack, known as a kind of adhesive for crafting, is widely used for reusable physical connection between objects. When you play with it, you’ll find the texture is like something between PlayDoh and rubber, and you can easilly shape it to any kind to be able to attach on the surface.

Though it called Blu Tack, the color is not necessary blue. There are other colors available such as white, red, yellow, however the majority are known as blue. The usages are pretty clear as the photo as follow shows:

Well, other than the original functionality, it’s also being used for micromouse. One popular way is to use blu Tack to fix(stick) the battery on the mouse.

I got my blu tack from Amazon and I sooner realized I only need a tiny little bit of putty then I purchased. I ended up only used one slice of putty out of 10 slices since the a little blu tack can just serve the purpose. 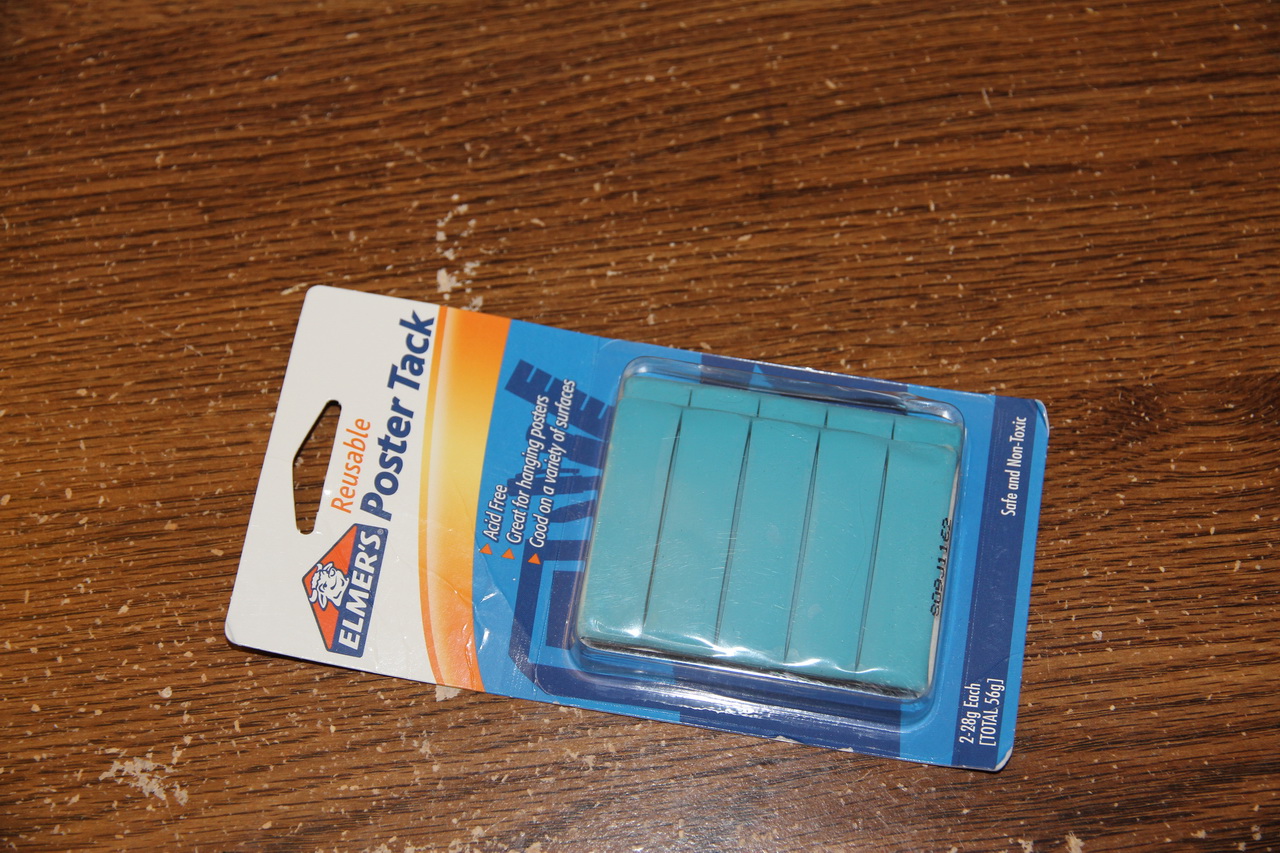 All we need to do is just apply a tiny piece of blu Tack putty, place on the place where you want to put the battery. Although it’s not conductive, it’s not to put on any place with exposed traces or pins for components. I saw most of the player put blu tack on the MCU to provide enough contacting surface between mouse and battery. 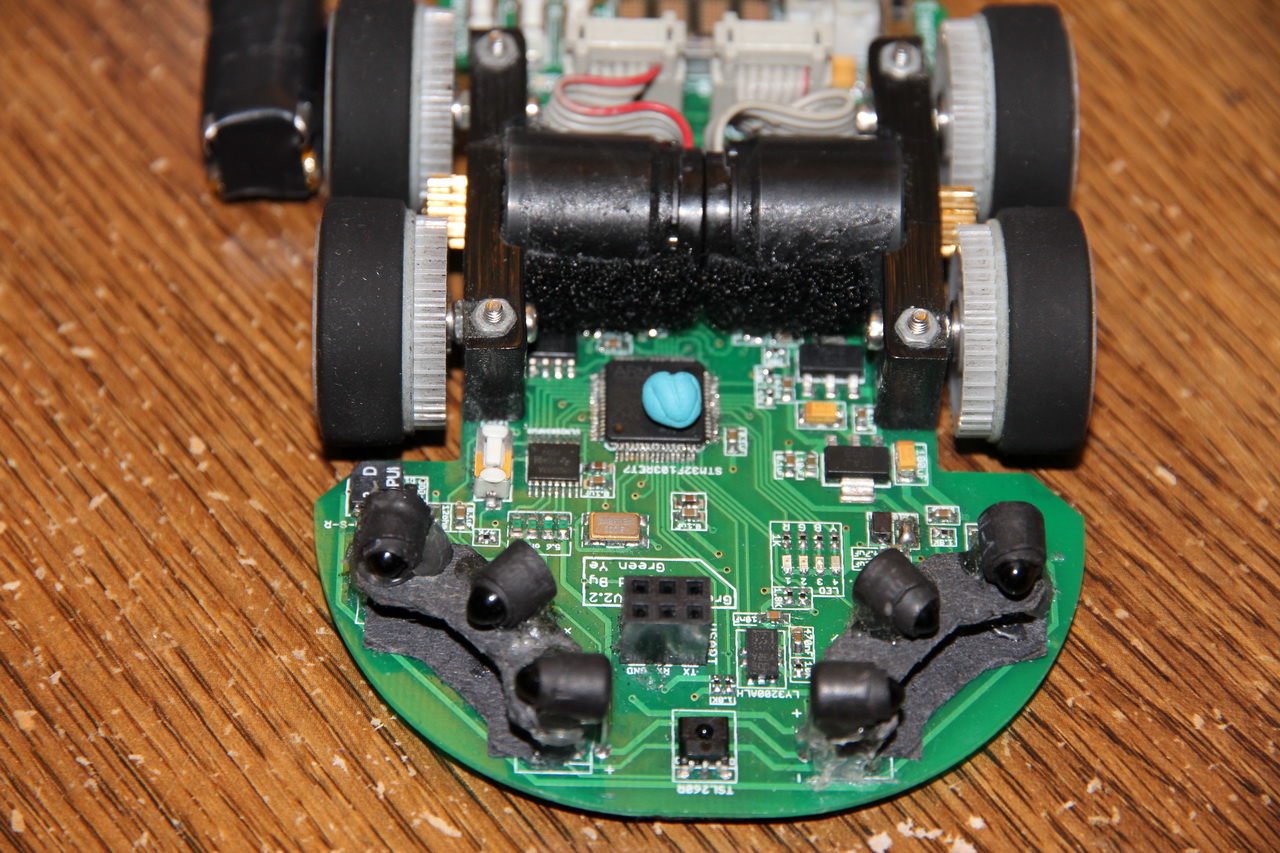 After the putty is being placed on a proper place, then just put your battery on the putty, and slightly push it until the putty gets completely compressed.

If you feel the battery is still shaky, you can add another piece of putty to increase the contact surface between mouse and the battery.

Since I don’t want to have the blu tack applied directly on the surface other than MCU to increase the contact area, I put a piece of thermo-tape on the PCB to prevent any potential contacting for putty. 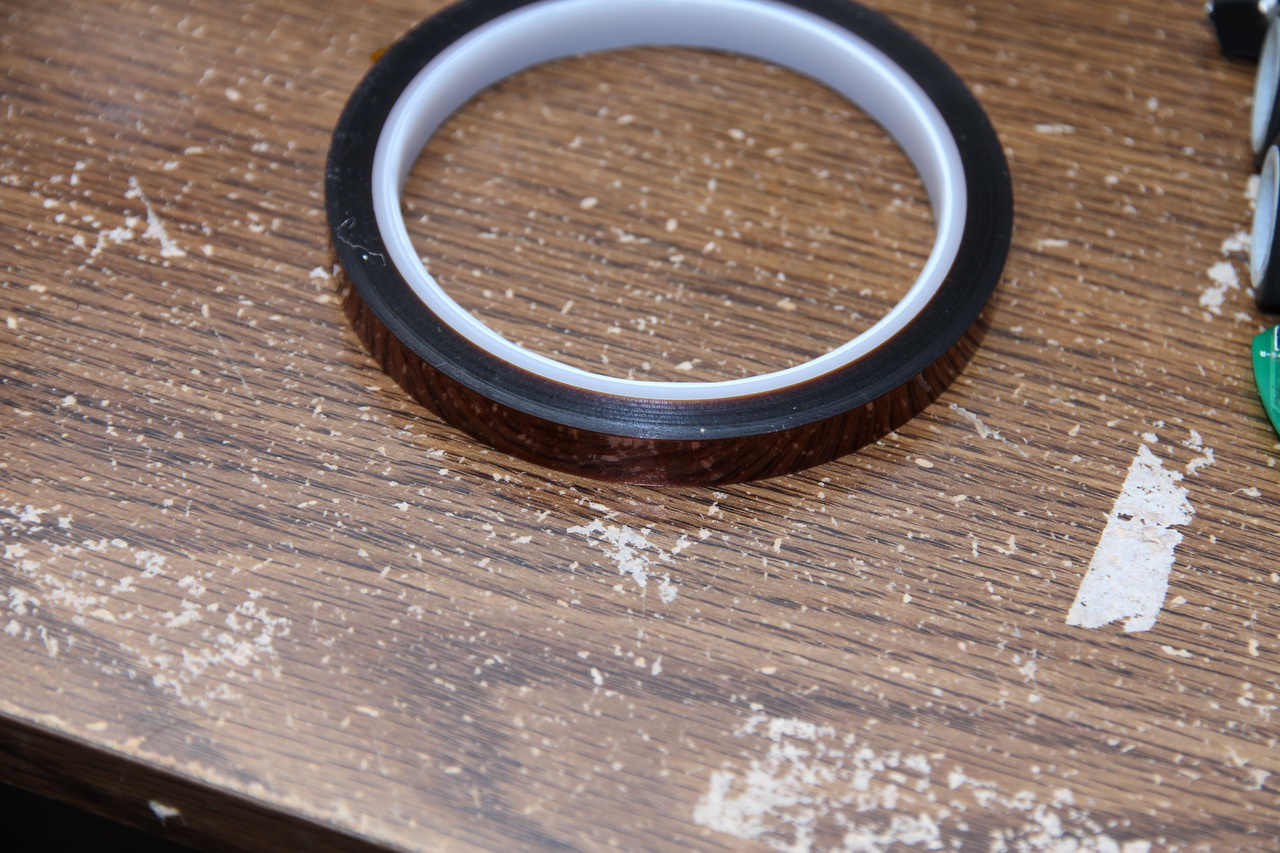 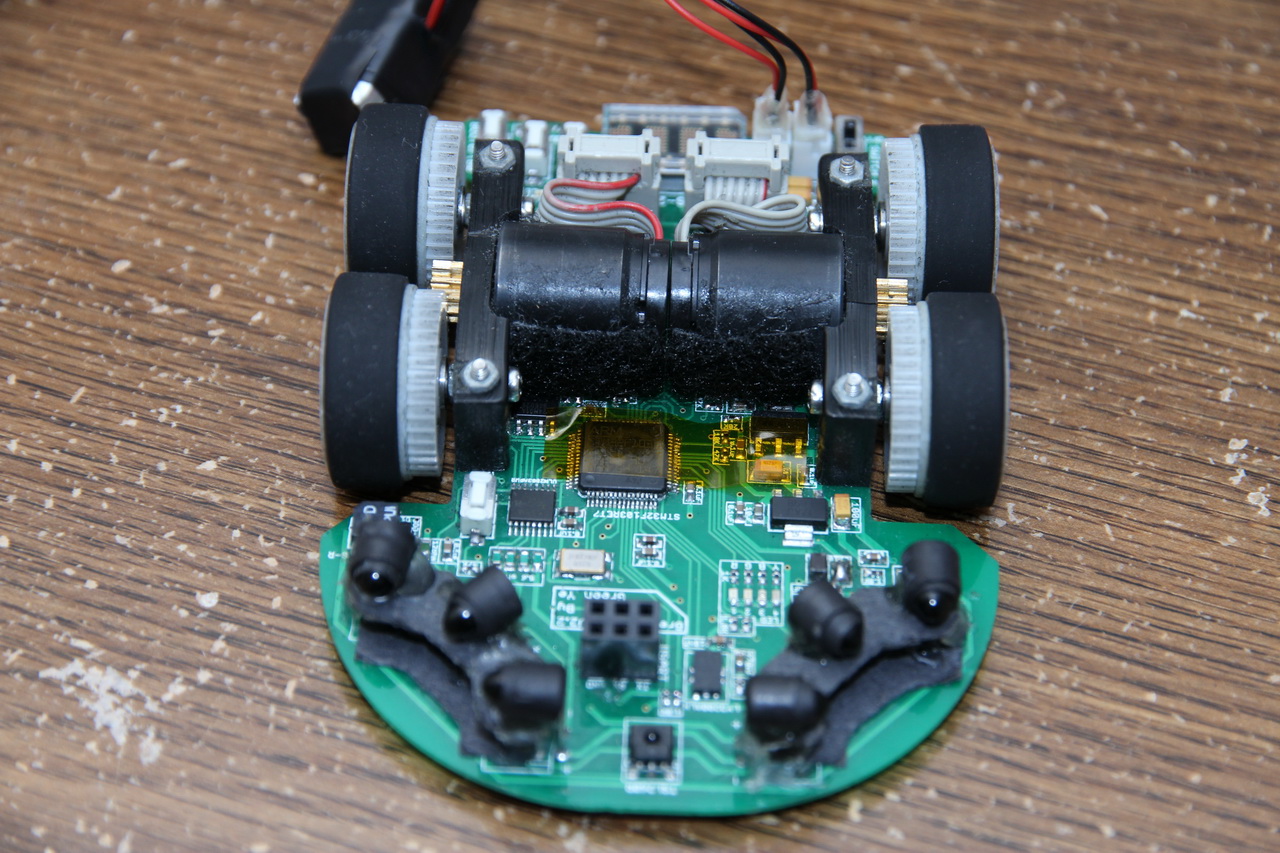 Now I can feel free to apply as much blu tack as I want to make the battery stay stably on the mouse. 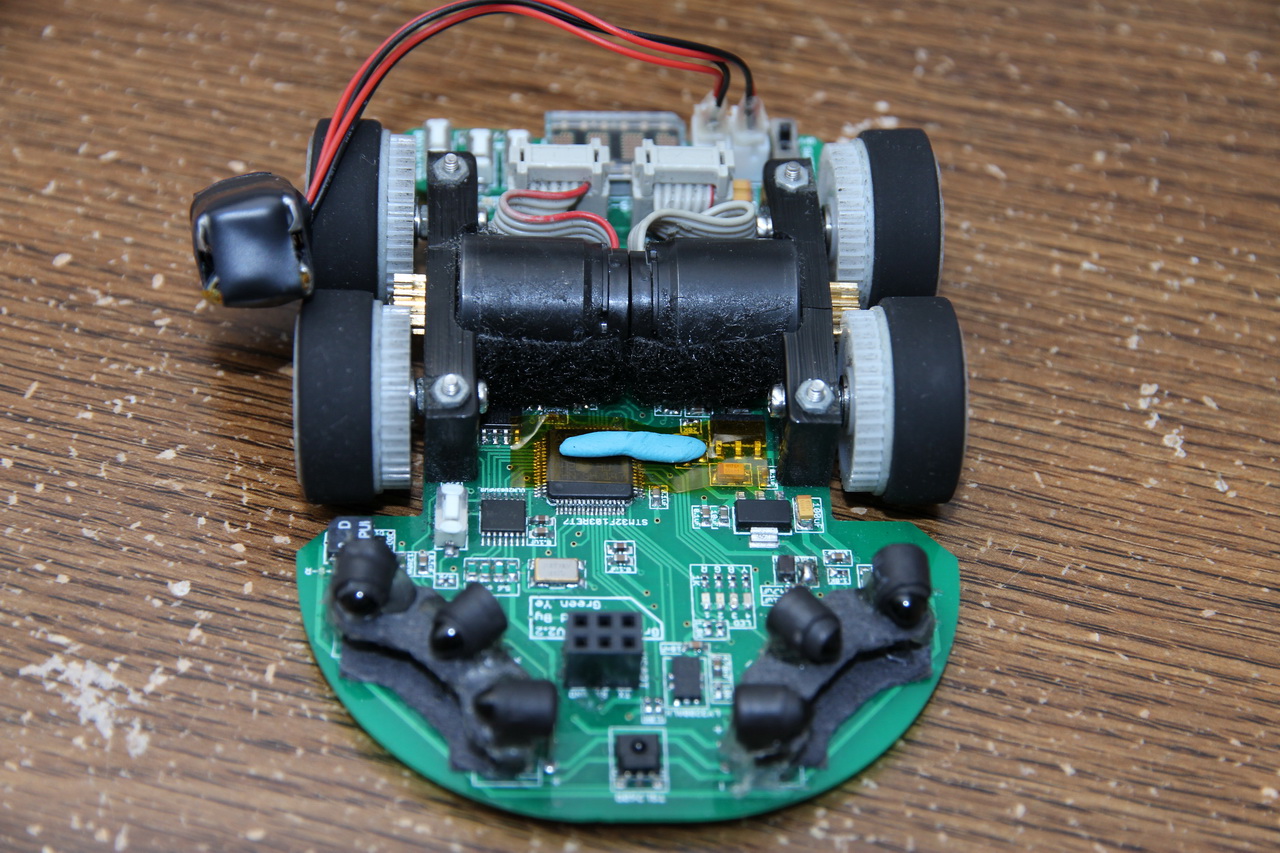 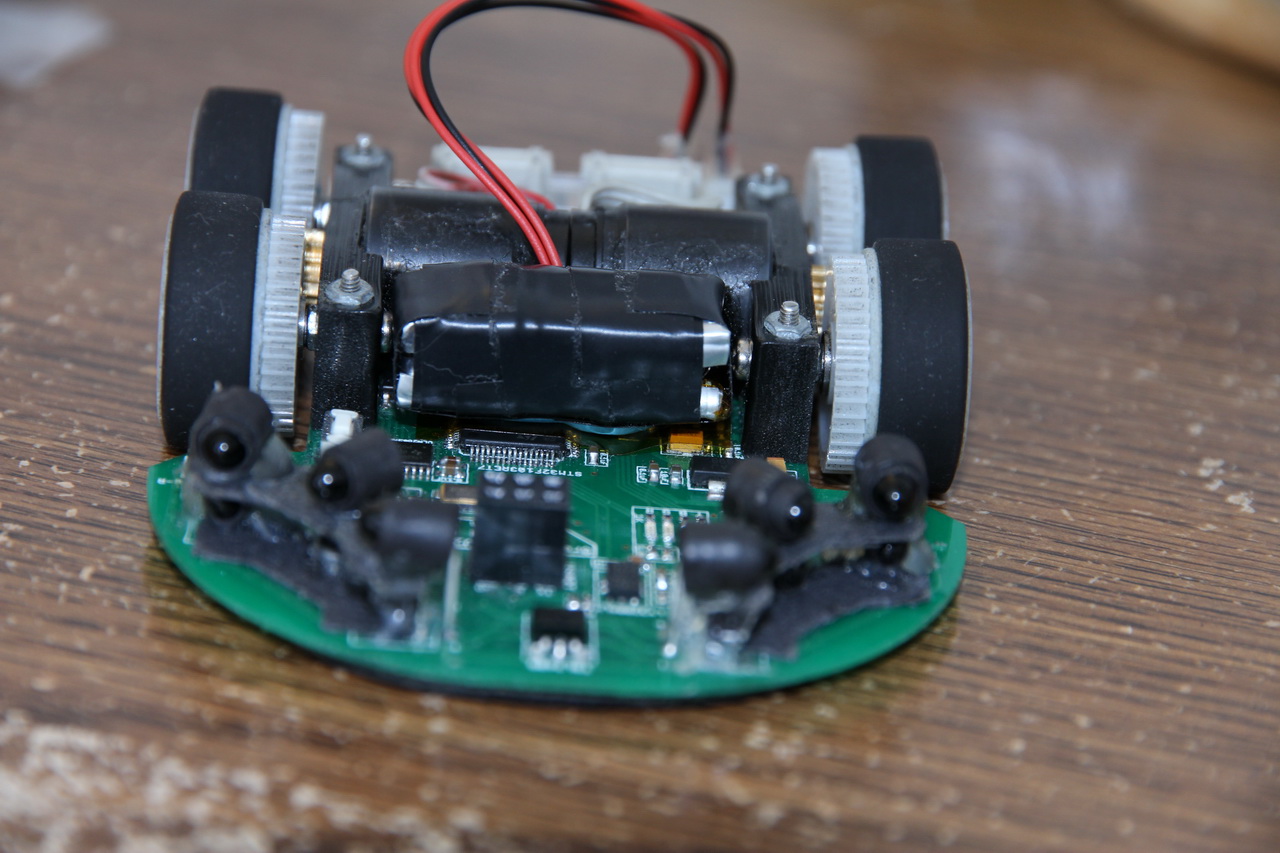 Now the blu tack makes really good bonding between mouse and battery, the battery can still stay on mouse even if I lift the mouse by holding the battery cables.

Other than fixing the battery, the blu tack can also be used to help the soldering for SMD components. I noticed it’s been widely used to help part hold on position before get soldered. A typical usage is to solder some SMD resistors, capacitors. What I do some simply apply a little piece of blu tack on the place between 2 solder pads on a 2 leads passive component, then have it stick the parts on the board before I finish the solder. 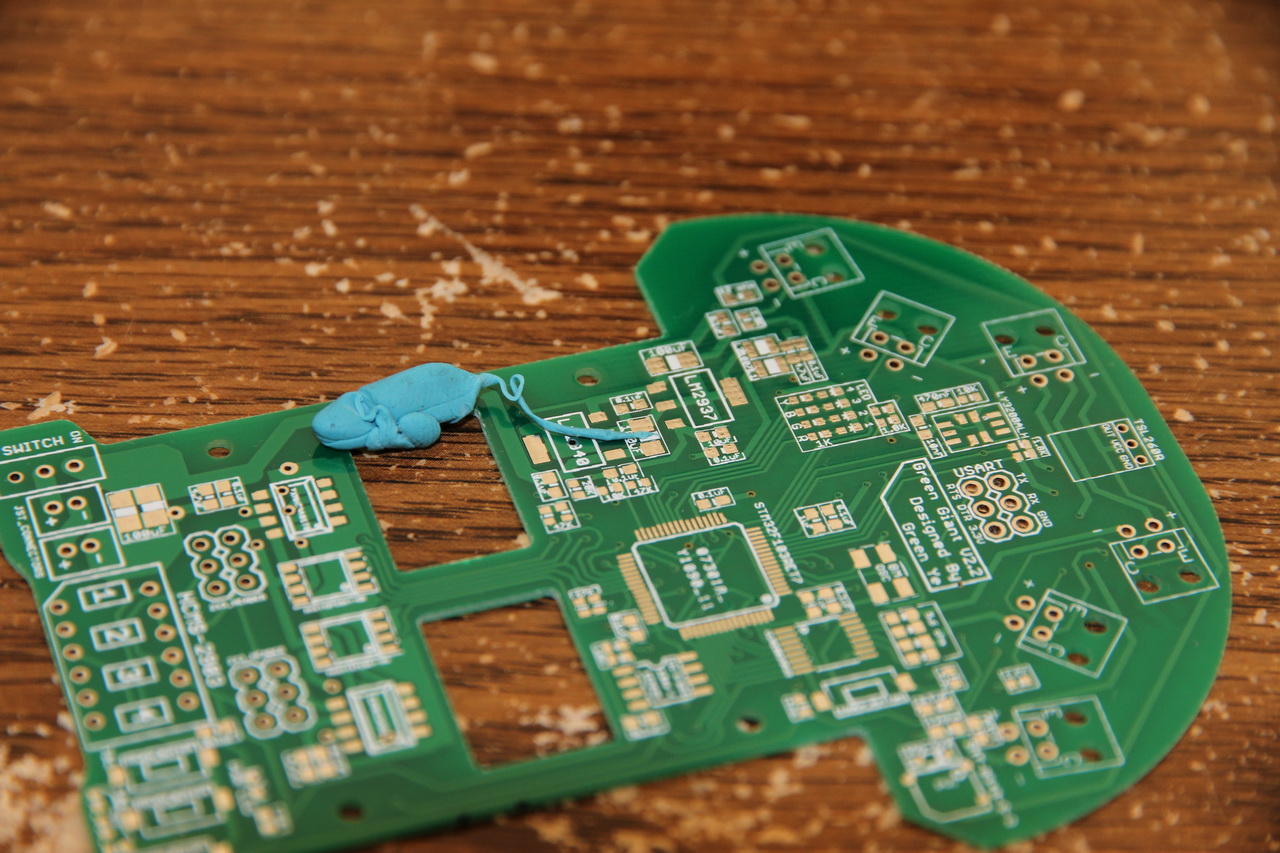 After done with soldering, I just use tweezers to remove the excessive putty underneath. There might be some left under the components but doesn’t really matter. I personally recommend to use this trick to solder some Tantalum capacitors since they always have low melting temperature for solder, thus hand solder is a better option than put all parts together and throw into re-flow oven or use heat station.

A large chunk of putty can also be used as a holder for PCB board in order to make you solder with a comfortable posture as follow: 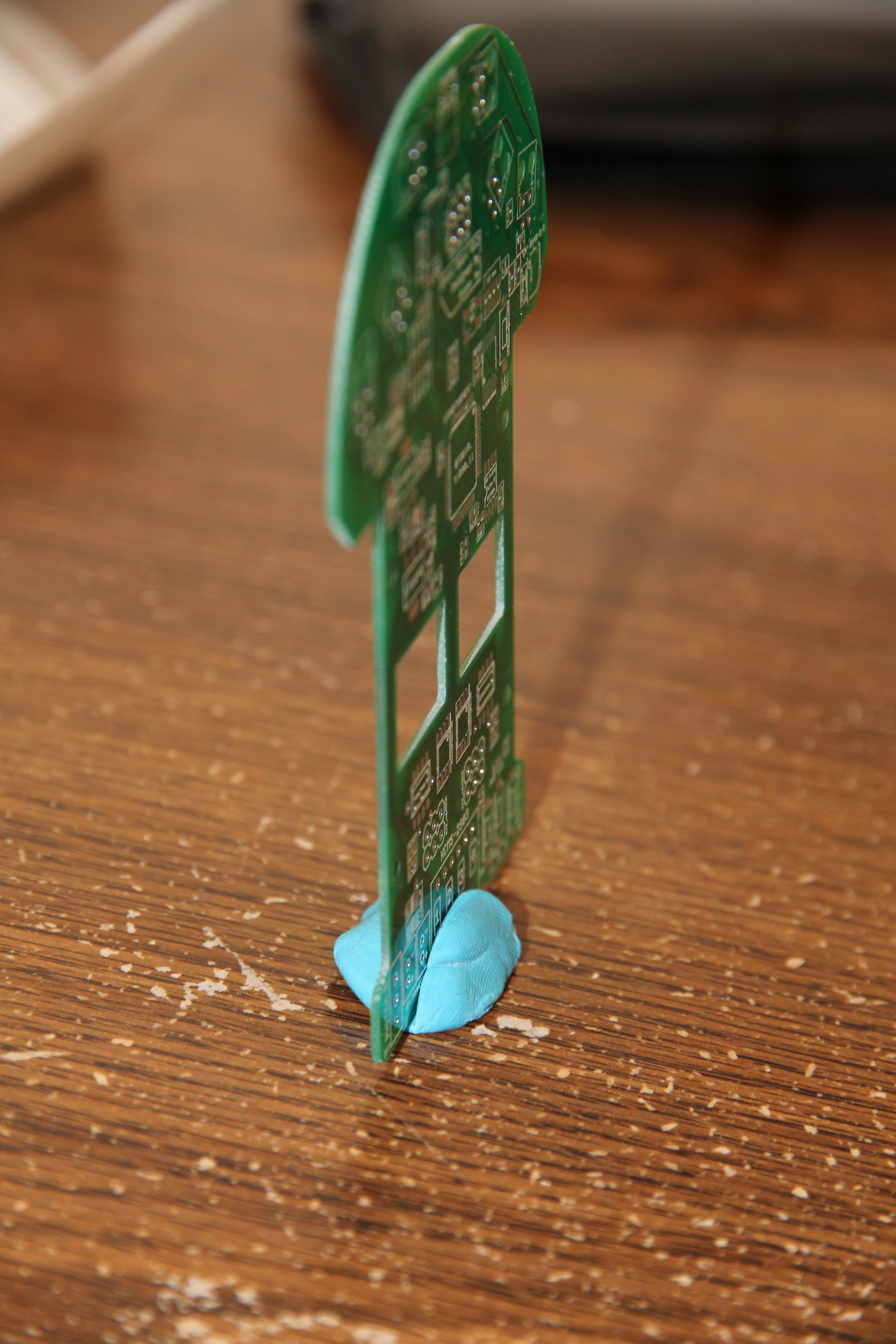 After All, the most or the least useful part for blu tack is probably to play it as PlayDoh when you get bored, XD