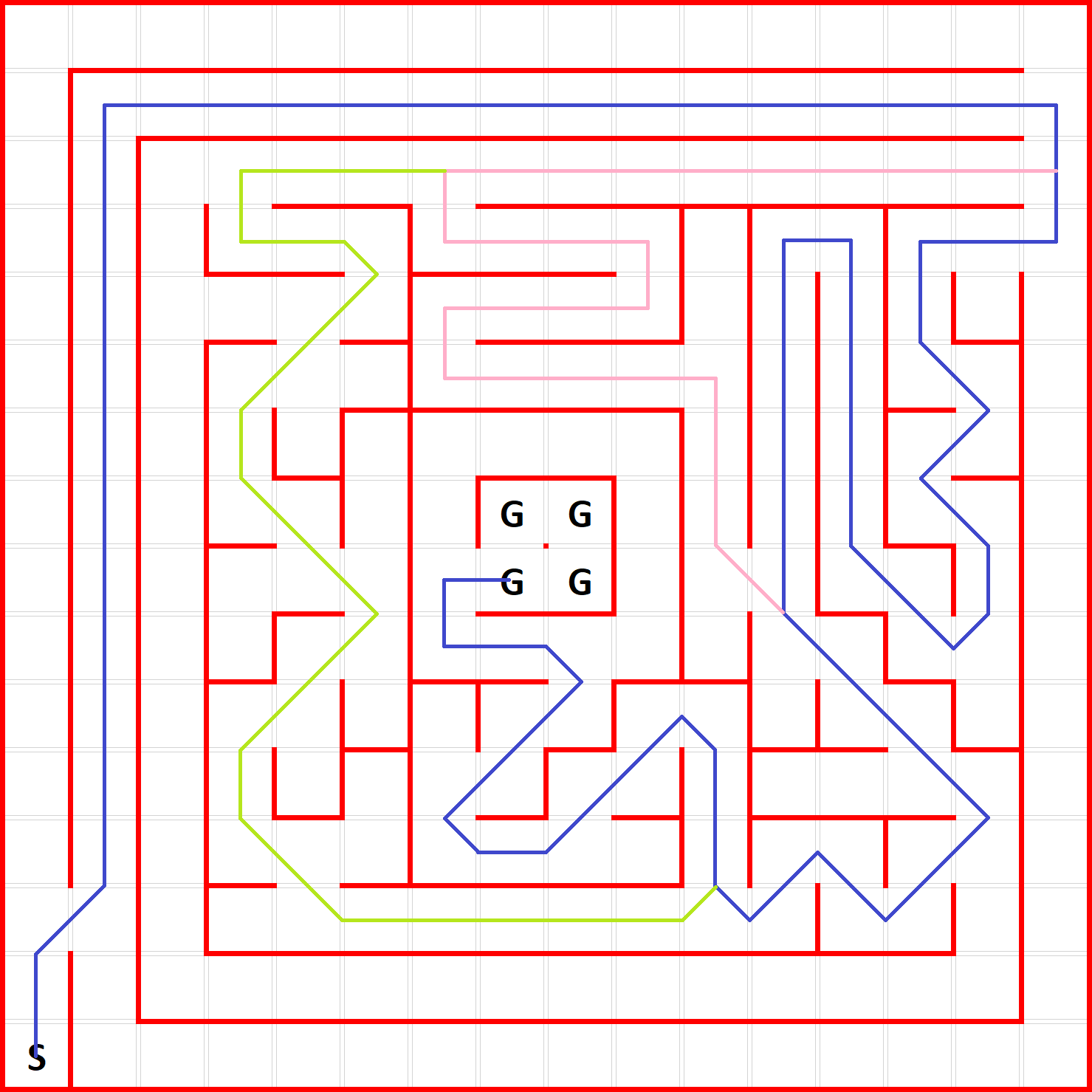 There are typically 3 paths for this maze, marked in blue and pink and green, where all of them have really close cell counts. Since the run time is totally depends on the turn/straight speed specs, therefore I have no conclusion which path can be the fastest one without any further analysis.

Here are the detailed scores for all entries:

Click the image above to get a more detailed view.

Surprisingly, 2 Chinese team from Tianjin University captured top 2 places with 2 different search/speed run strategies. The mouse Lightening McQueen makes the search faster with a relatively slow first speed run, and the mouse Long- Turbo 2.0 reduced the search speed however being more radical on its first speed run. Both strategies worked really well then, and considering the fact that the mouse Red Comet searched slow as expected(a typically Japanese mouse style since a hyper fast search is not being rewarded in All Japan Micromouse Contest), and Decimus 5a from Peter Harrison went out of luck for its first 2 runs, the Chinese teams for the first time ever captured the 1st and the 2nd places in the APEC history.

Unfortunately I wasn’t able to make the APEC this year due to my SLOW progress on my new mouse. May be it’s the time to catch up for the up coming Taiwan Contest on September.

Also thanks for Mr. Harjit Singh to provide all detailed score and the maze.

Video below are from Prof Su

Compilation made by Mr. Derek Hall