Source of this photo: Link 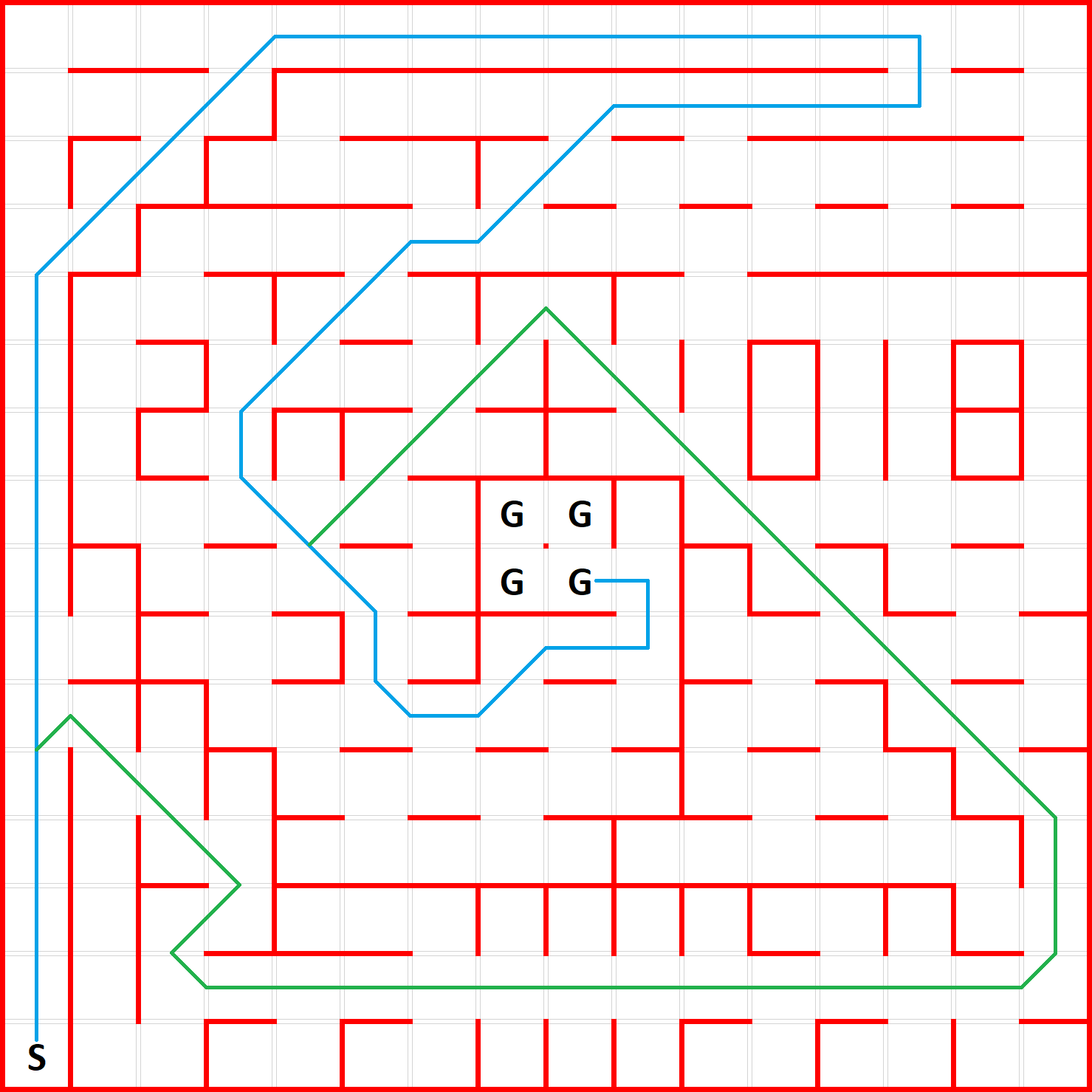 Both blue and green paths are short enough to be the obvious choice for a typical best path. I personally believe the blue one is slightly faster since most of the players were dealing diagonal more conservatively than the straight path. This maze isn’t an easy one to be explored in order to get the shortest path with only one departure and returning search. In fact, the overall searching pattern favored by straight orientaed floodfill algorithm instead of diagonal ones since the top 3 were typical straight oriented search algorithm users. Here is the ranking: 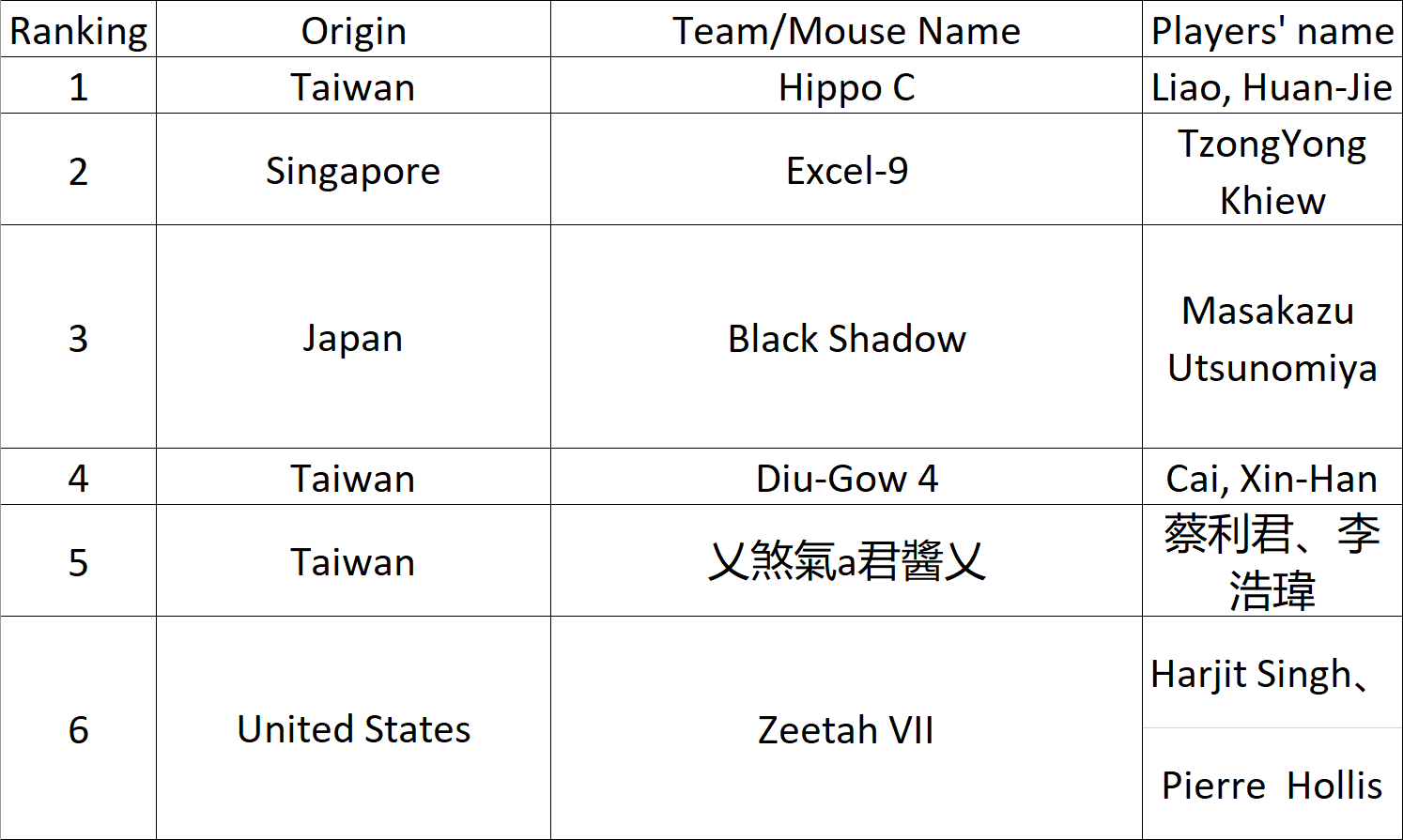 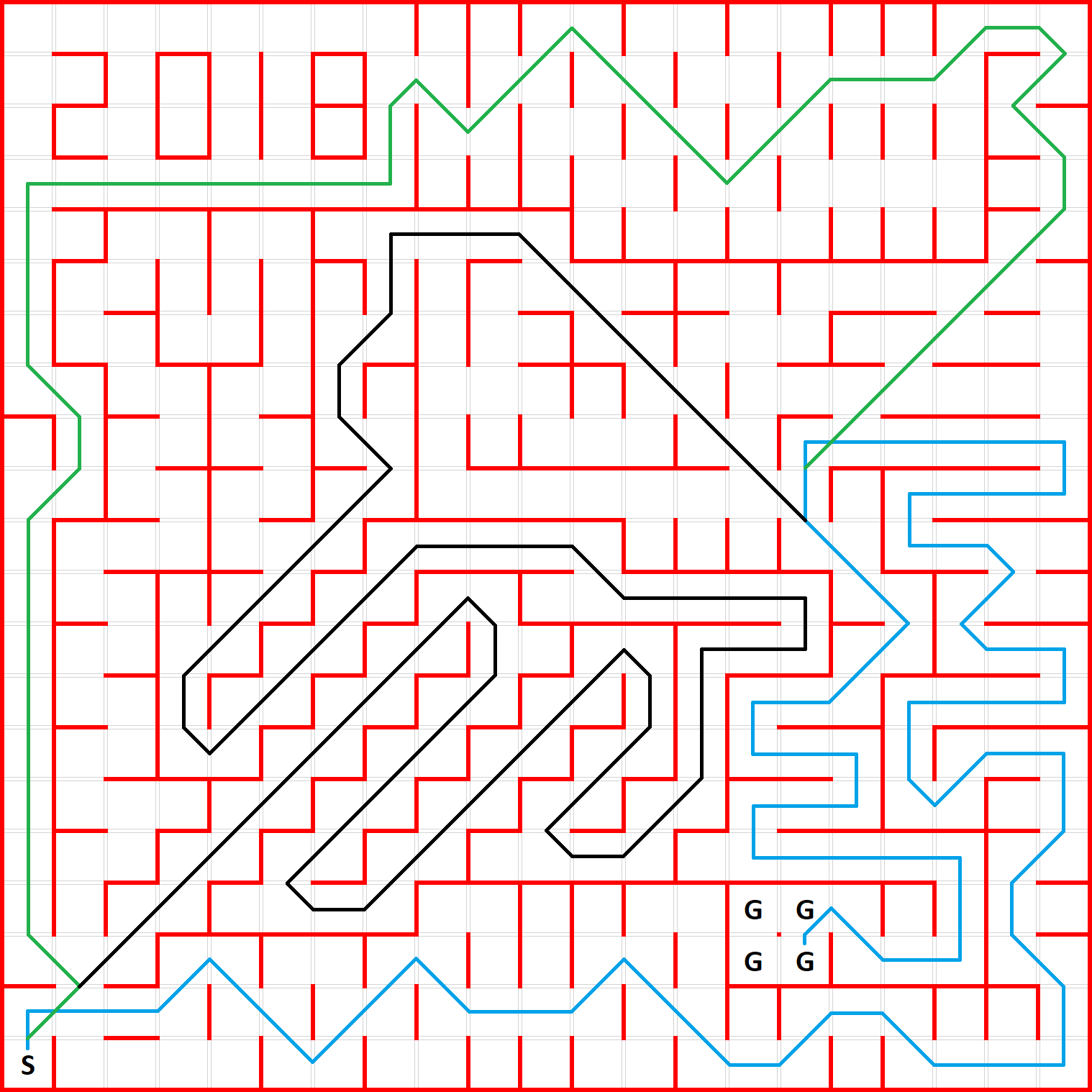 3 typical paths, while the green one is the most obvious one to make the best score. Here is the ranking:

Thanks Mr Cai, Xin-Han for all the information!